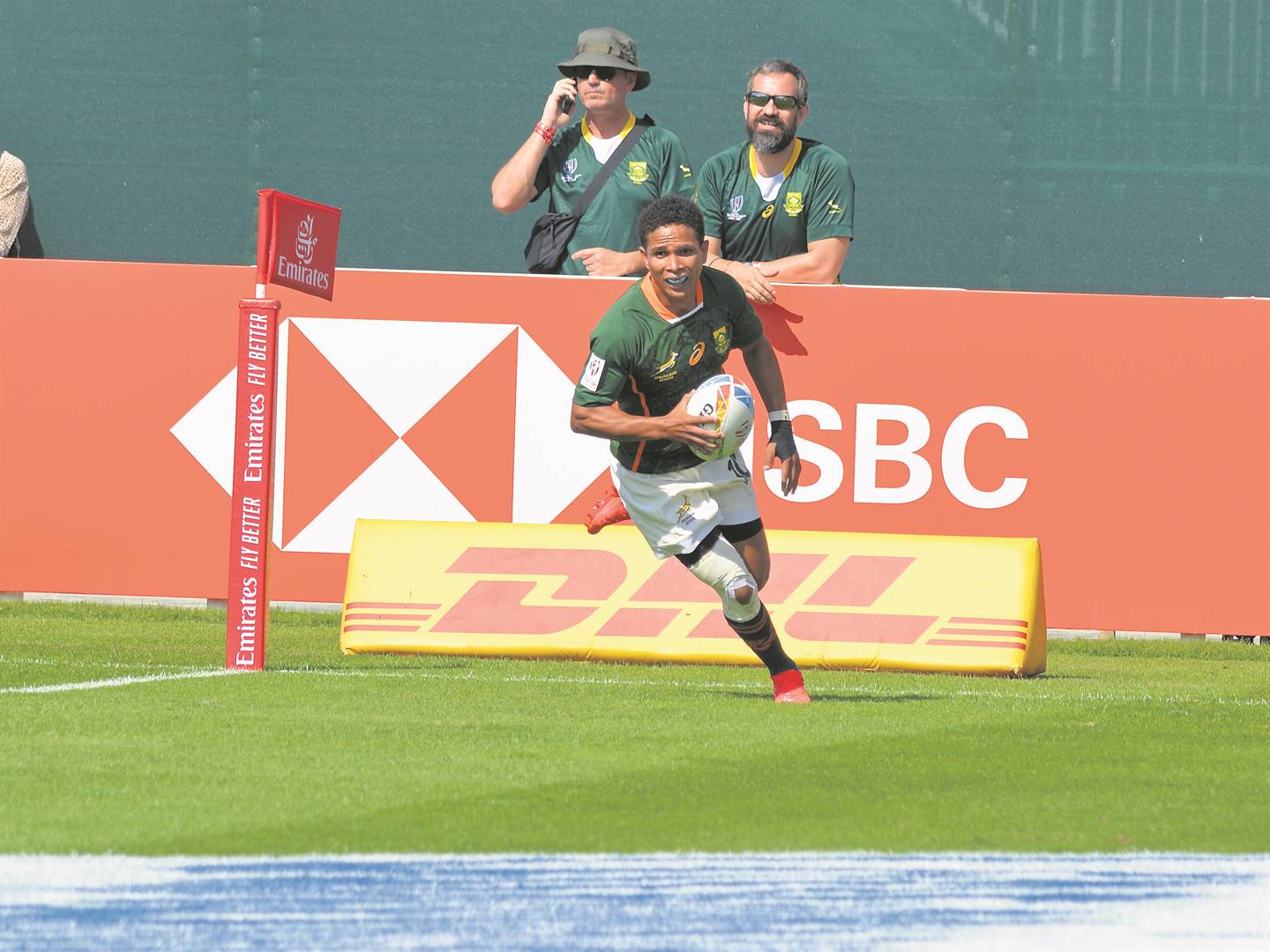 Ronald Brown returns for the Springbok Sevens team in Singapore this weekend after overcoming a knee injury.

When the team left for Spain in January, Brown was not included, as he had the knee niggle, and coach Neil Powell opted to rest the playmaker.

The break was a blessing in disguise, explained Brown, and with the knee 100% again, he is “very, very keen” to play in Singapore this weekend.

“I used the time well during the time away from the team,” said Brown in a statement released by SA Rugby on Thursday.

“First, I had to get the knee right, so that was the big focus for me. And then get fit and able to play, and I am happy to say that it worked out well. It was also a good mental break for me. Now, coming back into the squad, I can just focus on rugby again.”

Brown is famous for overcoming Hodgkin’s lymphoma on his way to becoming a sports star.

A big talking point in Singapore this week has been the return of Fiji and New Zealand to the circuit, two teams Brown has never faced in the World Series.

“We will stick to our guns and do what we do. We will face them as a squad and not individuals and that will make the job easier,” Brown said.

“We all know they bring something different to the tournament and everyone is excited to experience that. They will challenge us in unfamiliar ways that we are used to that makes it even more exciting.”

ALSO READ| JC Pretorius: ‘I aim to be the best’

Meanwhile, SA Rugby has announced that the Springboks will get their preparations for a “testing” season underway on Sunday as head coach Jacques Nienaber and his management team host the first of two alignment camps.

The first camp will take place in Durban from Sunday to Tuesday, and the second camp in Cape Town, from Sunday, May 1, to Thursday, May 5.

A selected group of players from around the country have been invited to the camps and will appear in both cities as the Boks gear up for their exciting season. Further players, however, could be invited to the second camp.

The purpose of the camps will be to expose the players to the plans for the season and the Springbok culture ahead of the Incoming Series in July, when Wales will face the Boks in three back-to-back Tests, and then the Rugby Championship in August and September, which features two home Tests against the All Blacks and one against Argentina, and three away Tests — two against Australia and one against Argentina.

Alignment camps will also be hosted with the overseas-based players in England and France soon.