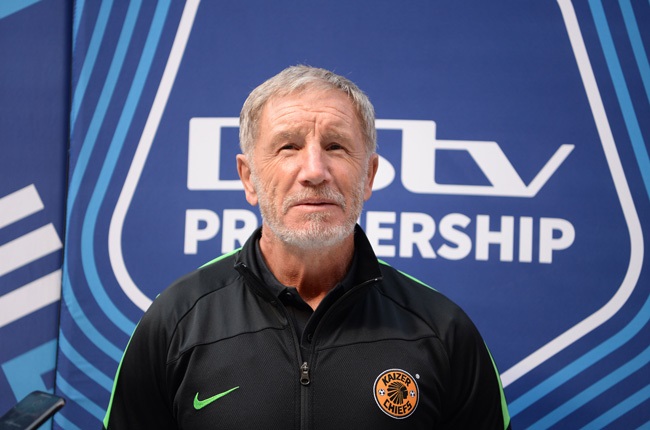 A comprehensive wrap of all the collated fixtures, scores and match reports from the DStv Premiership:

SuperSport United needed to convert a late penalty to snatch a 1-1 draw against Chippa United in a DStv Premiership clash played at the Lucas Moripe stadium.

Azola Matrose had given the Chilli Boys the lead in the first half but Gamphani Lungu stepped up to score from the spot one minute from full-time as the hosts took a point from the contest.

Kaizer Chiefs let too many opportunities go begging as they played out to a 0-0 draw against a struggling TS Galaxy side at the FNB stadium.

AmaKhosi certainly had their opportunities in the match, while Galaxy also enjoyed a few good moments, but neither team could conjure up a breakthrough in a clash that got increasingly ill-tempered as it progressed.

The result sees Chiefs waste an opportunity to move up to second on the DSTV Premiership table, while the Rockets move one point clear of the drop zone after earning just their third point in six league matches.

Amazulu jumped into the Dstv Premiership top eight after a last gasp 1-0 win against bottom of the table Baroka on Wednesday at the New Peter Mokaba Stadium.

Luvuyo Memela claimed the points for Amazulu with a winner deep into injury time in the second half.

With this win, Amazulu ended a winless streak of four matches and extended Baroka’s losing streak to two matches, following a heavy 5-1 loss to Cape Town City on the weekend.

The victory also propels the Durban-based side into seventh position on the DStv Premiership table but leaves Bakgakga firmly routed at the bottom of the league table with six matches left to play.

Stellenbosch picked up a massive three points with a 2-0 win away to Golden Arrows on Wednesday night.

Jayden Adams opened the scoring at the Princess Magogo Stadium on 55 minutes and Ashley Du Preez secured the result with his goal five minutes from time.

It was a first win in five games for Stellies and they ended the evening in sixth place on the DStv Premiership standings with 36 points from 24 games, and Arrows down in ninth with 31 points from 23 games.

Orlando Pirates gave their CAF hopes a boost with a hard-fought 1-0 victory over Sekhukhune United at Ellis Park Stadium on Wednesday.

Fortune Makaringe scored the only goal of the game in the 82nd minute to hand his side all three points to end the evening in fifth place in the DStv Premiership standings with 38 points – one adrift of Kaizer Chiefs in third position.

Log leaders Sundowns have now racked up 22 points away from home and are within ten points of the DStv Premiership title.