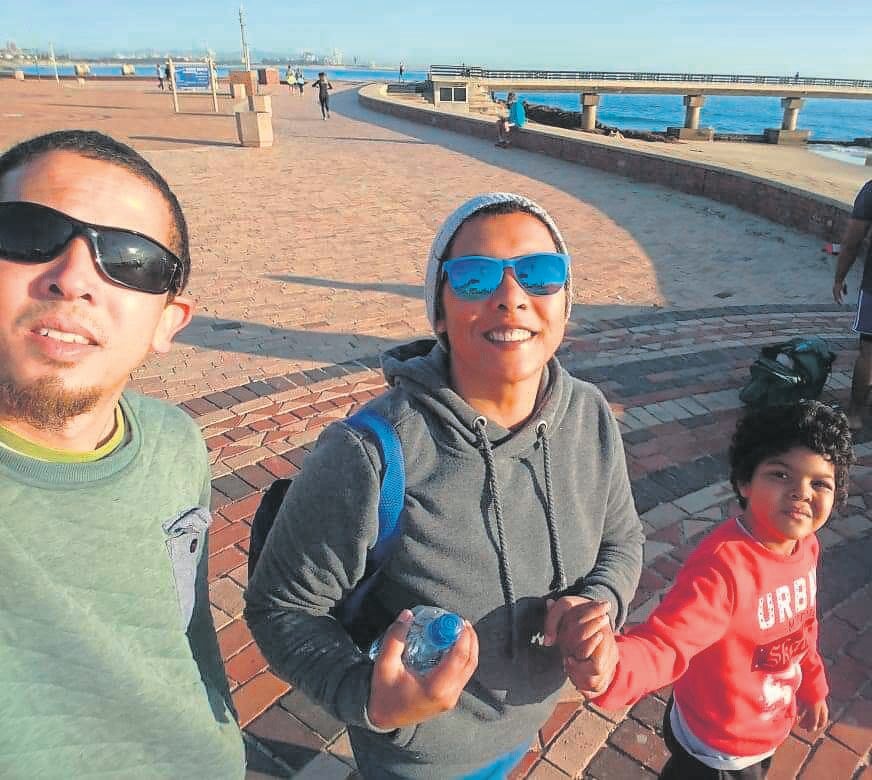 Zayd and Shakira Hendricks with their youngest son, Yahya. They also have two other children, Zahra (15) and Zakariyyaa (12).Photos:SUPPLIED

FOR almost a decade, a couple from Nelson Mandela Bay has been struggling to find a consistent supply of 200ml Parmalat strawberry-flavoured Steri Stumpie boxes for their autistic son who literally depends on these milk drinks to stay alive.

Yahya Hendricks (11) is severely autistic with global delays. Due to his condition, he cannot speak but there is one thing that this little boy has managed to make absolutely clear: he only drinks strawberry Steri Stumpie, specifically the 200ml boxes.

Yahya’s mother, Shakira Hendricks, said that her son drinks and eats nothing else, which means that these milk drinks are his only source of protein. He would only make an exception for chips, specifically Doritos Spicy Wings, Mexican Chilli, Nik Naks, Lays Salted and popcorn.

“We started noticing that Yahya loved drinking the milkshakes since he was about two years old. He drinks three to four six-packs a day and we spend between R4 000 to R6 000 a month on strawberry Steri Stumpies,” Shakira explained.

The major challenge that the family faces is that the 200ml strawberry Steri Stumpie boxes are not as common, especially in Nelson Mandela Bay.

Sometimes, when stores are out of stock and Shakira and her husband, Zayd, don’t manage to find the milk drinks, Yahya becomes dehydrated because he refuses to drink anything else.

“Every few months, the machine that produces the strawberry flavour is switched off for a while before it starts producing again. That’s when stock becomes scarce or non- existent.

“We transport milkshakes from East London, Cape Town and Durban to Nelson Mandela Bay when there’s no stock here.

“We normally make a post on Facebook, asking everyone to keep an eye out for stock. We get tons of support and messages from friends and often complete strangers who go to look at various stores for stock.

“We call them ‘Yahya’s Tribe’. We haven’t met the majority of them but they’re a group of people – friends and many complete strangers – who go out of their way to find milkshakes for Yahya. They are phenomenal.

“It’s all about trust. We trust that they will get the milkshakes and they trust that we will pay them,” Shakira said.

She mentioned that the longest they have been without stock is three days and that Yahya won’t drink anything when they can’t find these drinks. He’ll try a few sips from other strawberry flavours but won’t finish them.

“We’ve tried decanting strawberry in the other sizes and different brands but he can tell the difference, the same way we know the difference between cooldrink in a can compared to a glass bottle.

“His senses are heightened so he notices the smallest changes. He has become dehydrated on a few occasions when there hasn’t been stock. We try our best to not let it get to that and stock up as best we can.

“Yahya is mainly sad when this happens, which does sometimes turn into anger during this time and cries because he doesn’t understand why there aren’t any milkshakes.”

Shakira explained that the stores running out of stock cause stress and anxiety for all of them and they often spend all their time on the phone, contacting various suppliers to check for stock.

When they do find stock in the Nelson Mandela Bay Metro, they collect.

If outside the metro, they have to find someone who is willing to collect and bring the Steri Stumpies here if they are on their way this side.

Shakira and Zayd sometimes pay a courier to collect and deliver.

“There are many disappointments. Often we’re told that there are milkshakes at a certain shop but when we get there it’s the plastic bottles or we drive around to all the SPARS only to find that they don’t have stock.

“To Parmalat, I would like to say that we really need more stock of the Steri Stumpie strawberry flavour in Nelson Mandela Bay, please.

“We’ve been struggling with stock issues for the past 10, almost 11 years. Yahya is your absolute biggest fan and supporter. The majority of the stock in Nelson Mandela Bay is bought for him,” Shakira said.