There is hope for families in KwaZulu-Natal who were displaced in April as a result of the deadly floods. Almost R326 million has been allocated to rebuild and relocate those affected.

The floods claimed the lives of over 400 people and more than 40 000 people were displaced.

On Sunday, KwaZulu-Natal’s Premier Nomusa Dube-Ncube gave an update on the progress made since the flood disaster in the province.

It has been six months since the catastrophic flood disaster, which cut a swathe of destruction through our province, leaving unimaginable damage in its wake. We are all aware of the calamitous impact of the disasters on human lives, infrastructure and the displacement of people.

Dube-Ncube said the 47 families who were living at Truro Hall, which was used as one of the care centres for flood victims, were going to be moved to a dignified transitional accommodation where each family would have a room of their own. What remains of houses in Phoenix, Durban, after floods wreaked havoc in KwaZulu-Natal. Photo: Rosetta Msimango 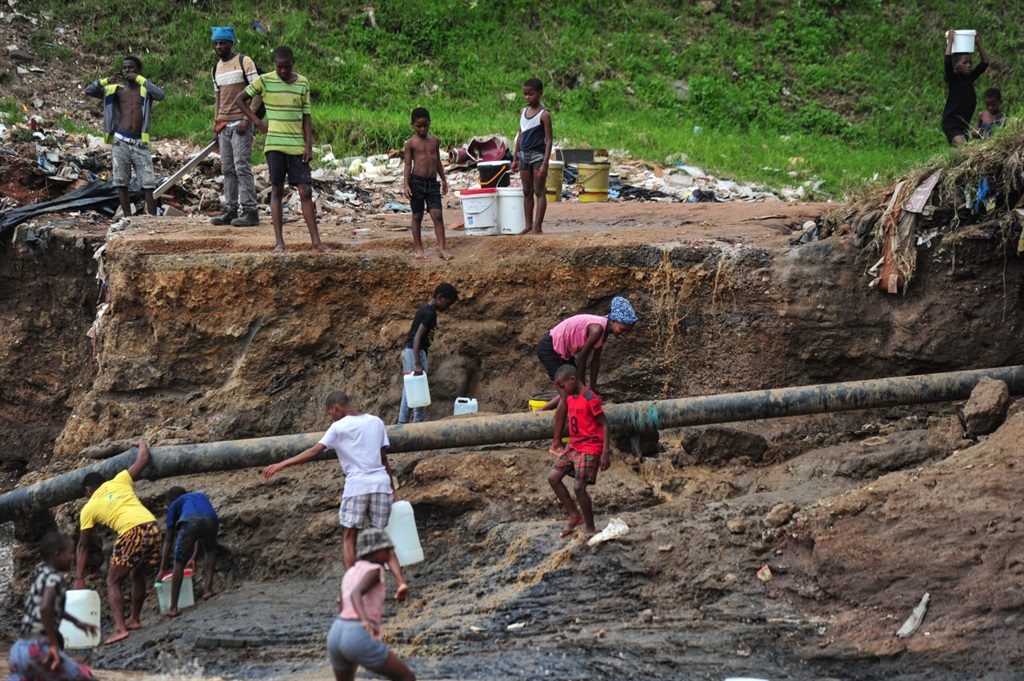 People fill buckets with water from a burst pipe that was damaged by the floods in Durban. Photo: Rosetta Msimango

What remains of houses in Phoenix, Durban, after floods wreaked havoc in KwaZulu-Natal. Photo: Rosetta Msimango

People fill buckets with water from a burst pipe that was damaged by the floods in Durban. Photo: Rosetta Msimango

“As we relocate these families here, earthworks and construction are under way a few kilometres down the road, where the departments of human settlements and public works are building 80 new state-of-the-art three-storey buildings that will become permanent homes for our citizens whose lives and livelihoods were devastated by the floods,” the premier revealed.

Dube-Ncube said government had put in place a practical plan to move people out of community care centres by the end of November and to date, they had reduced the centres from 135 to 80.

“As was announced, the national department of human settlements has since granted a total amount of nearly R326 million to the provincial department from the Provincial Emergency Housing Grant for the provision of emergency housing solutions. This has enabled the delivery of Temporary Residential Units (TRU), which to date, stand at 1 315 units provincially,” she said.

We are delighted to report that all the remaining 80 shelters have now been linked to land parcels, but these land parcels are at different stages of readiness. We appreciate the approval of Rental Assistance Scheme and Temporary Residential Accommodation, which will make us achieve the eradication of all mass care centres.

A specialised technical team, led by the director-general, has been established. It will focus on relocating families to improved places of accommodation.

“We have 19 buildings that we are looking at for temporary emergency accommodation. These include former student accommodation, former hotels and state-owned properties, which are currently not being used. They include Westpoint, Montclair and Ntuzuma. This will give us 60 temporary residential units.”

The reconstruction of roads and infrastructure, especially in the South Basin, which became a scene of major destruction following the collapse of the Shongweni Dam, was well under way.

“We are making progress in rebuilding the water schemes that were washed away.  We are on course to get the construction work and to ensure the full restoration of water supply to the greater oThongathi by November. Repairs are under way on sewer networks and sewer pump stations. It is intended that most of these repairs will also be completed by the end of November,” Dube-Ncube said.