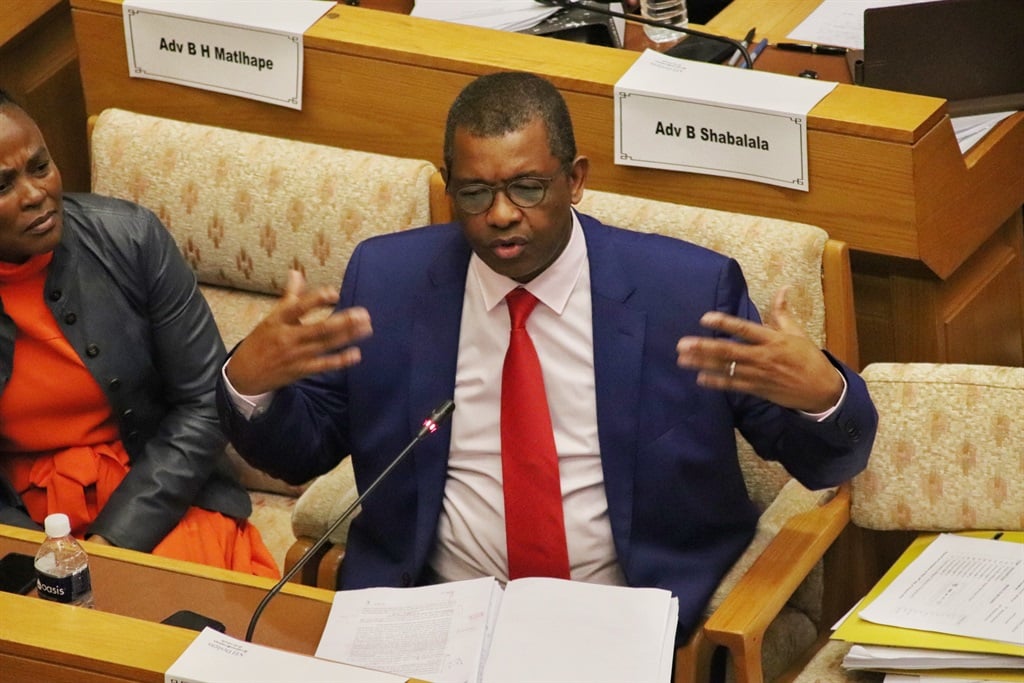 Pillay appeared before the inquiry to give testimony about Mkhwebane’s reports into the “rogue unit” and his early retirement. Both reports were taken on judicial review. On the early retirement report, Mkhwebane had found that former finance minister and now Public Enterprise Minister Pravin Gordhan had irregularly approved the early retirement of Pillay with full retirement benefits. Gordhan, Pillay and then commissioner of Sars George Magashula took the review report and the Pretoria High Court declared it unlawful, invalid and set aside.

In June, the Constitutional Court dismissed an application by Mkhwebane for leave to appeal against the high court judgment.

In his affidavit, Pillay said in his early retirement report that Mkhwebane had “maliciously concluded” that he did not have a matric certificate when, in fact, in a meeting with Mkhwebane he did share that he obtained his matric in 1970. In his affidavit, Pillay included a transcript of the conversation he had with Mkhwebane, where she had also asked him what qualifications he had obtained, as an executive at Sars, and before joining the revenue service in 1990. Pillay then said that he only had matric.

Any relevance to the certificate?

At the beginning of the inquiry on Friday, while Advocate Nazreen Bawa led evidence, Mpofu asked what the relevance of Pillay’s retirement report was in the inquiry.

Even so, most of his cross-examination was spent on asking Pillay about his early retirement.

Mpofu told Pillay that the point of Mkhwebane’s question was not whether he had a matric certificate or not, but said the point she was making was that it was “unusual” for someone with only matric to hold an executive position.

I know you might be what somebody described as an organic intellectual, but under ordinary circumstances surely you’d agree with me, Mr Pillay, that I’m not saying it’s impossible, but it is unusual.

Pillay referred to former president Jacob Zuma whose only education qualification is Grade 4 (standard two). Mpofu said there were three examples of people who ascended to higher offices with not much education: Pillay, Zuma and former SABC COO Hlaudi Motsoeneng. Motsoeneng also had matric when he led the public broadcaster. In fact, he was the one who had said he was an “organic intellectual”. Mpofu, however, said Motsoeneng and Zuma had made it into their positions because of “political connections”.

“How did you get there?” Mpofu asked Pillay.

I am just saying, it’s something quite remarkable. I mean taxation is a very complex subject for you to rise right to the top of our tax system in this sophisticated economy armed with a matric certificate. But, I’m just saying that you would agree that it’s not your usual occurrence, everyday occurrence.

Pillay said he got into Sars after 1994 and had worked at the Service for 15 years before making it as deputy commissioner.

But Mpofu was not convinced.

“I am sure there are other matriculants who worked there for 15 to 20 years, but they would not rise to become commissioners or acting commissioners for Sars.”

Gordhan’s hand in the rise of Pillay at Sars

In his cross-examination, Mpofu sought to suggest that former commissioner Gordhan influenced Pillay’s rise to the upper echelons of the institution.

Pillay, answering Mpofu’s questions, told the Section 194 committee that he had known Gordhan for over 40 years. They had met as political activists in Durban, and later met in the 1970s in the country and outside South Africa “when he came illegally into Swaziland”. He, however, said he would not call him his friend but a comrade.

“You say you were involved in illegal activities?” asked Mpofu.

“In the ANC’s underground,” responded Pillay.

Pillay disputed Mpofu’s question and said the suggestion that the unit was unlawful was not founded and in the law.

Mpofu then asked Pillay if the fact that he had known Gordhan for over 40 years had nothing to do with him rising up at Sars. Pillay said that was false, and that was why he never stood in line to be a commissioner at Sars.

Are you telling this committee and South Africans that your decades-long relationship with Mr Gordhan had absolutely nothing to do with a miraculous rising to becoming deputy Sars commissioner with a matric certificate?

Pillay said he earned his place and that they ran a world-class institution by a measure of performance.

When Mpofu pressed Pillay on the question of whether Gordhan had anything to do with his rise at Sars, he said:

“If anybody knows Mr Gordhan, the people that he drives the hardest are the people around him, and there’s no easy road. There is no soft job that Mr Gordhan gives to people, so when there was an opening in Sars I applied for it, I was assessed and then I was interviewed. I got the job. He wasn’t even an executive of Sars when I joined it in the first few years. That is my explanation.”

Mpofu then remarked that Pillay and Gordhan were “exceptional people”.

“I mean, Mr Gordhan was only a pharmacist as well, and you guys performed so well. Congratulations … I think you’ve heard what I’ve said. You haven’t answered it. That’s fine. Let’s move on.”