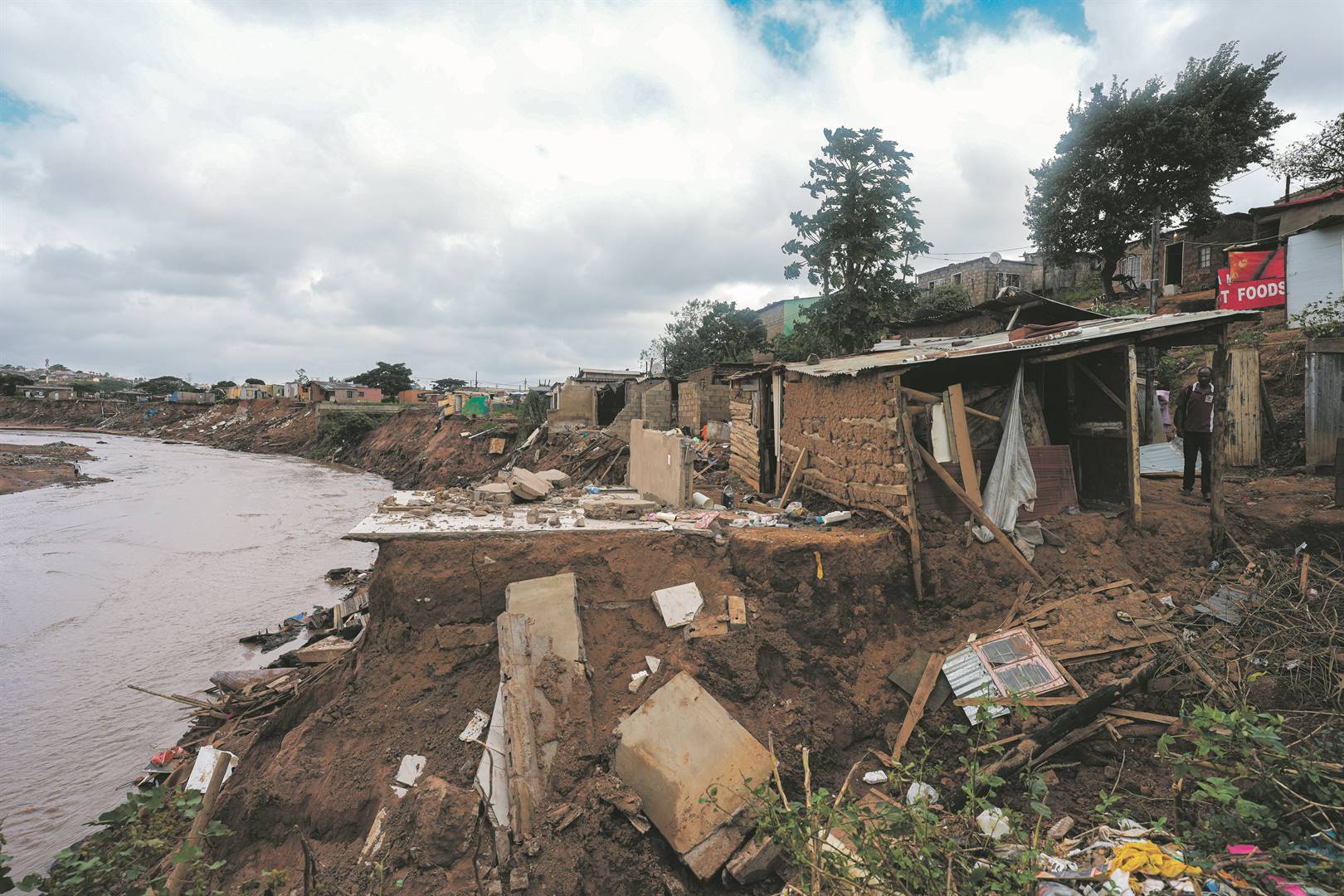 What remains of houses in Phoenix, Durban, after the worst flood in decades wreaked havoc in KwaZulu-Natal this week. Photos: Rosetta Msimango

Scores of patients from areas affected by the recent devastating floods in KwaZulu-Natal have been left in limbo as they cannot get their chronic medication.

Some patients told City Press this week that they were turned away from local clinics because there was no medication to dispense.

A 36-year-old man from Mtubatuba, a small town north of Richards Bay, who is being treated for HIV, said he took the last of his tablets on Friday last week.

“On Wednesday, I decided to go to the Nkundusi clinic in the Qakwini Reserve as I felt it was safe for me to travel. When I arrived at the clinic, there were already a number of patients there, including mothers with babies, to get their medication.

“However, there was no medication for all the patients. The sister in charge said they had tried everything [to get supplies] and even went to Mtubatuba town, but they could not get the medication. She even drove to the Kwamsane township clinic, but she was told they had also helped the clinic in Mtubatuba and had nothing for back-up,” he said.

He said the nurses said there was no transport to move the medicines from the district hospital to the clinics.

“This is seriously frustrating. I started taking my medication in January and I have to take two tablets in the morning and one in the evening. I don’t know how long it is going to take for me to get my treatment. My body is already reacting as I am feeling pain.

“Unfortunately, I can’t tell if it is as a result of [not taking the medication]. The nurses took our contact details and we were told we must wait for a call from the clinic, but they also don’t know when that will happen,” he said.

A community volunteer in Ntuzuma in Durban said several people who had lost their homes and were accommodated at the Kwanozaza community hall in Pinetown were being treated for illnesses.

“People have been complaining that they lost their identity documents and clinic cards, and some were due to collect their treatment. We have been very busy taking the details of all the people who are on treatment. These people lost everything when their homes were swept away by the floods,” she said.

“We have people who are taking medication for TB, HIV, sugar diabetes, high blood pressure, to mention but a few.

They have not taken their medication for days now and we are trying to get the KwaZulu-Natal health department to assist them.

A number of NGOs said they were concerned about the health of their beneficiaries, as most healthcare facilities in the area were damaged by the floods. It was difficult to get to some clinics because the roads had also been damaged.

Muzi Sibiya, of the Zilekelele Ntuzuma Community Organisation, said they were doing everything in their power to organise donations such as food, clothes and blankets for the people affected by the floods.

“However, we are worried that some of these people are on chronic medication. One of our beneficiaries has to go for dialysis two days a week and that has not happened since last week.

“Our worry is that people’s heath will start deteriorating. Government should do something before we start losing people,” Sibiya said.

Sifiso Zulu, from the Ithemba Lethu NGO, which helps vulnerable and orphaned babies, children and young people affected by HIV/Aids, said some of their beneficiaries had missed their doctors’ appointments because of the flooding.

“Also, the local clinics, which are usually full, only have a few people. Most of the people are stressing about losing their loved ones and their homes, which is understandable. Some people don’t see the need of going to the clinic because they don’t have IDs or clinic cards,” Zulu said.

On Tuesday, the KwaZulu-Natal health department announced that it would need at least R184 million to repair the 84 health facilities damaged by the storms.

This was after Health Minister Joe Phaahla visited the area to assess the impact of the floods on the healthcare system in the eThekwini Metropolitan Municipality.

We are glad that the minister and deputy minister [of health] offered to assist us as a province with the implementation of our e-health programme. We will extend the piloting of this programme to institutions that are most in need.

She said the Inanda Community Health Clinic had to close down, but luckily they had a number of health facilities in the neighbouring KwaMashu, Ntuzuma and Inanda areas, and they had moved patients to those facilities. The MEC said the department had also deployed mobile clinics to the affected areas.

On Thursday, the Gauteng provincial government deployed a team of emergency services rescue experts to the province to assist with flood relief and rescue efforts.