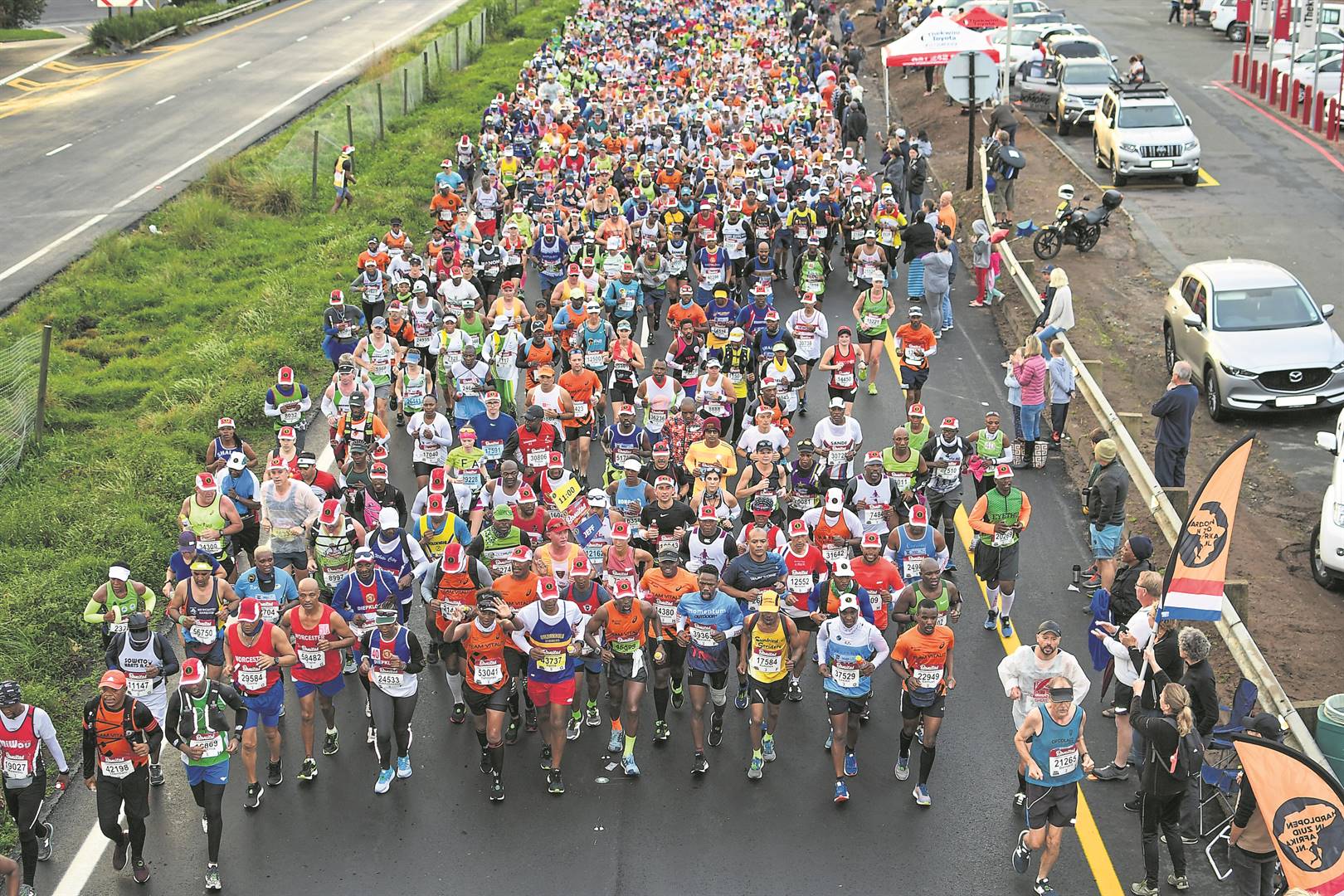 The Comrades Marathon will resume with a large field for the down run in August. Gallo Images

The much-cherished Comrades Marathon has moved another step closer to normality with the entry limit being increased significantly.

It was a huge development when the Comrades Marathon Association (CMA) was able to announce a resumption of the race this year after a two-year hiatus.

This represents a 33% increase in the size of the original field planned for the 95th edition of the event on August 28 from the Pietermaritzburg City Hall to Moses Mabhida Stadium in Durban.

CMA said on Thursday that it seemed natural to increase the entry cap after the association received 14 809 entries quite quickly, following the opening of the process.

“Due to the considerable enquiries and demand from our athletes, both locally and internationally, to secure an entry for this year’s Down Run, the CMA has decided to increase the entry cap from 15 000 to 20 000.”

He said CMA understands runners are looking forward to running “the world’s greatest foot race” again after the cancellation of the 2020 Comrades and the 2021 Centenary edition, and they want to ensure they have every opportunity to do so.

“We look forward to having as many runners as possible being part of this year’s Comrades Down Run and [we] have some grand plans in place to make it a truly memorable event,” he said. The move was welcomed by The Witness’ well-respected athletics columnist, Norrie Williamson, as a boost for the running community and for Comrades itself.

The long-distance running guru pushed for it because of related changes in health and sports developments in the country this year.

“This is a good move for runners, no doubt, but also for Comrades’ status. The increase in entries may also help the organisation reduce its big financial deficit,” said Williamson.

“In fact, I see room for them to further increase the entry cap to 22 000. They have got the time to do that because the race is only in August, and they could manage the larger field by having wave starts, as was done successfully at Two Oceans in Cape Town last weekend.”

Meanwhile, the ASA Senior Track and Field Championships got underway in Cape Town on Thursday without national and international star Wayde van Niekerk.

He had to make a late withdrawal from the event due to a hamstring problem, while fellow sprinter Akani Simbine won the 100 m title in early action.

“I’m disappointed to have to withdraw from the national championships. I was excited to compete this week, but unfortunately things have not been going my way the last few weeks,” van Niekerk told the media.

Based in America, Van Niekerk had entered in the 100 m and 200 m dashes for the national championships at Green Point Stadium.